It’s all about NRHA European Derby Finals in Kreuth!

Kreuth, July 29 — Provided by Simona Diale, IHP — The third day at the Ostbayernhalle in Kreuth, where the 2019 edition of the National Reining Horse Association Derby is being held, hosted a fierce battle in the show arena. The second section of the €115.000-added Open Derby, counting 84 entries, determined the finalists which make their way directly to the finals. A second chance will be offered to those eligible for the Open Consolation which will be held on Tuesday, July 30. The complete list of Non Pro Derby finalists was also determined today as riders eligible for the Non Pro Consolation performed for a ticket to the finals which will be held on Friday, August 2. 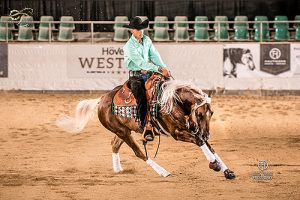 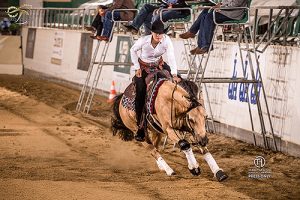 Over 320 horses made their way to Kreuth to take part in the ninth edition of the European Derby (open to 5-6-7-8-year-old horses enrolled in the NRHA Nomination Program), the €12.000-added NRHA 4-year-old Mid Summer Futurity, €5.000-added NRHA 3-year-old Pre Futurity, and the NRHA Show.