The 2022 NRHA (National Reining Horse Association) European Derby Open qualifier took place at Equita Lyon today with 117 horse-and-rider combinations vying for a spot in the Finals which will be held on Saturday, October 29. 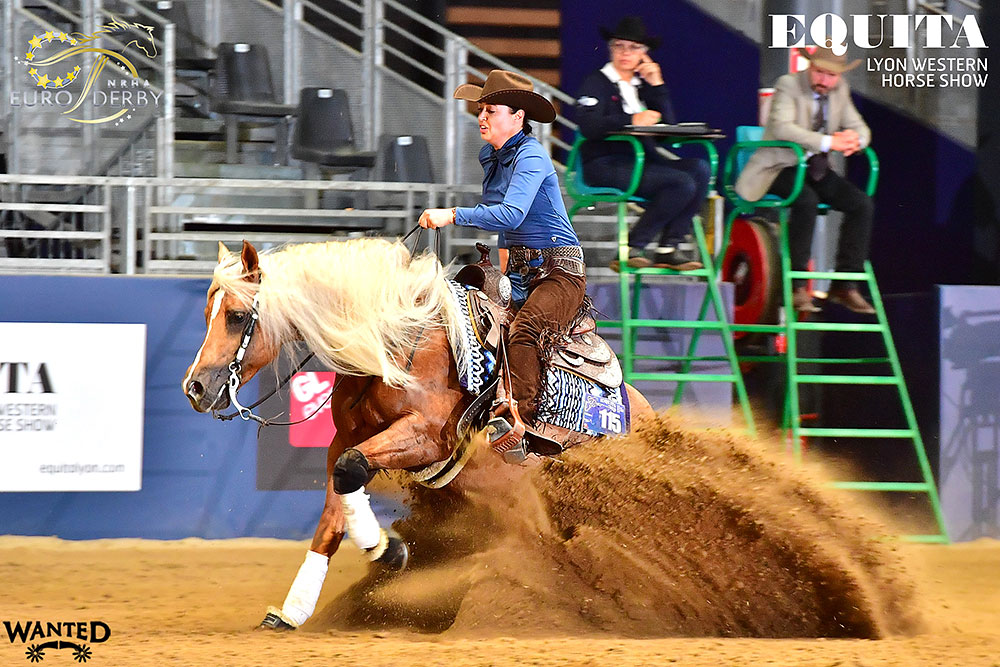 “Bernard gave me a long list of things to do and not to do, and that was what I was thinking coming in the pen, but I remembered everything,” said a smiling Fonck. “It is so much different when you show a horse that you don’t know; I showed him a few times before, did some schooling as well as an Open class so I could feel him under pressure and he was nice, so I think I figured out where the buttons were. Today, he was honest and relaxed like he just didn’t care he was showing.” 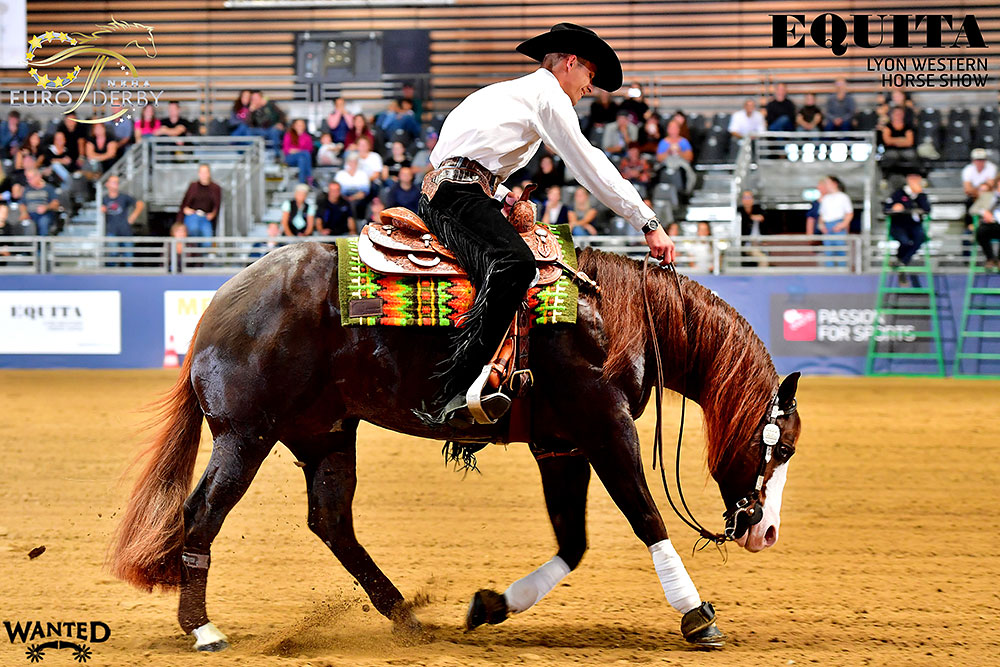 The French Professional was excited about his run. “I just got the stallion in training this year. He hasn’t been shown much, but so far I am very happy with him. He is a very consistent horse, so I am very excited for the future.” The 7-year-old stallion was bred and raised by Vittorio Rabboni and Girinon shared some future plans for the horse. “Vittorio and I are talking about taking him overseas next year for The Run For A Million qualifier. It is not sure yet, but he is so talented, he deserves the chance.” Girinon and Honey First Gunny also topped the APHA Chrome Cash Incentive L4 qualifier.

German Dominik Reminder and Call Me Mr Voodoo (NRHA Two Million Dollar Sire Shiners Voodoo Dr x ARC Sassy Snapper), owned by Elisabetta Zoccarato, performed a stellar run in Section 2 and matched Girinon’s score. Their run also brought them the lead in L3. “I was really happy with our ride today. He showed me everything he can do and was really energetic both in the mind and body,” said Reminder about the eight-year-old stallion who he’s had in training for six years. “He was in the breeding station until the end of July so easy riding was what he needed to do what he did today.” 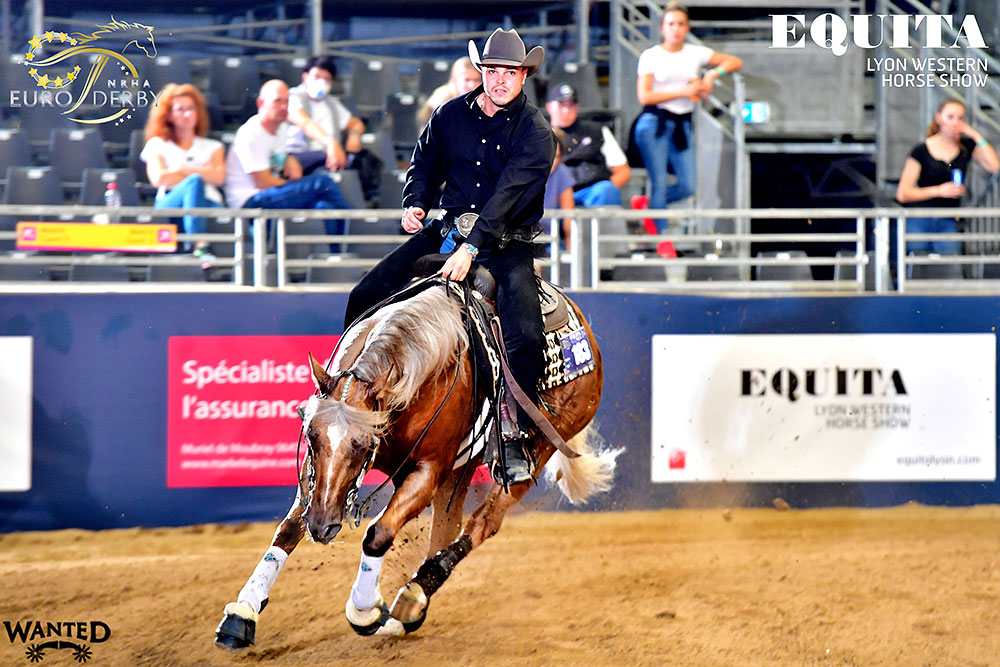 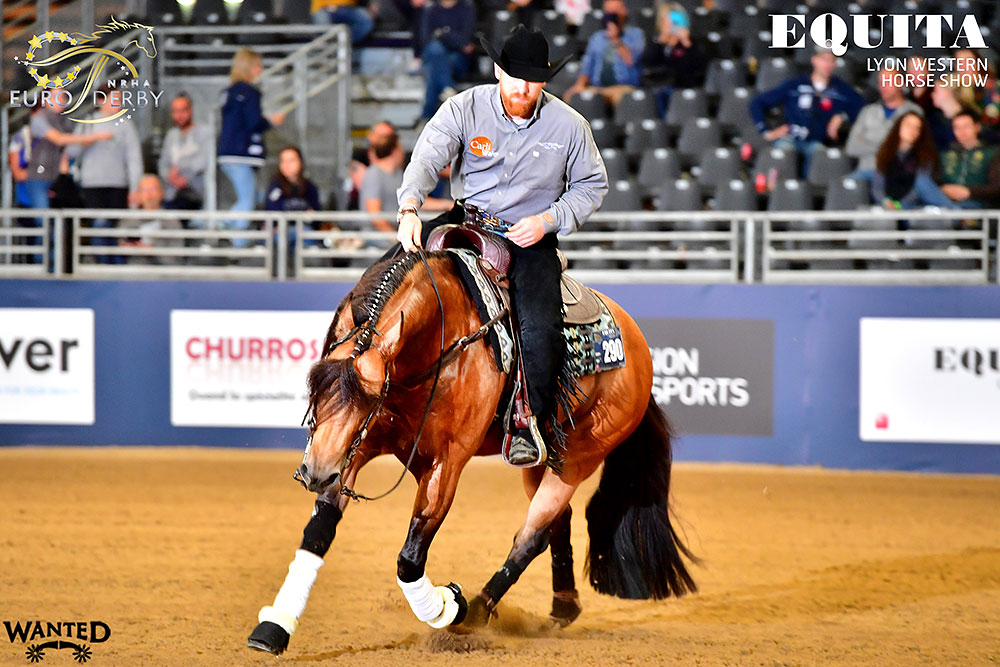 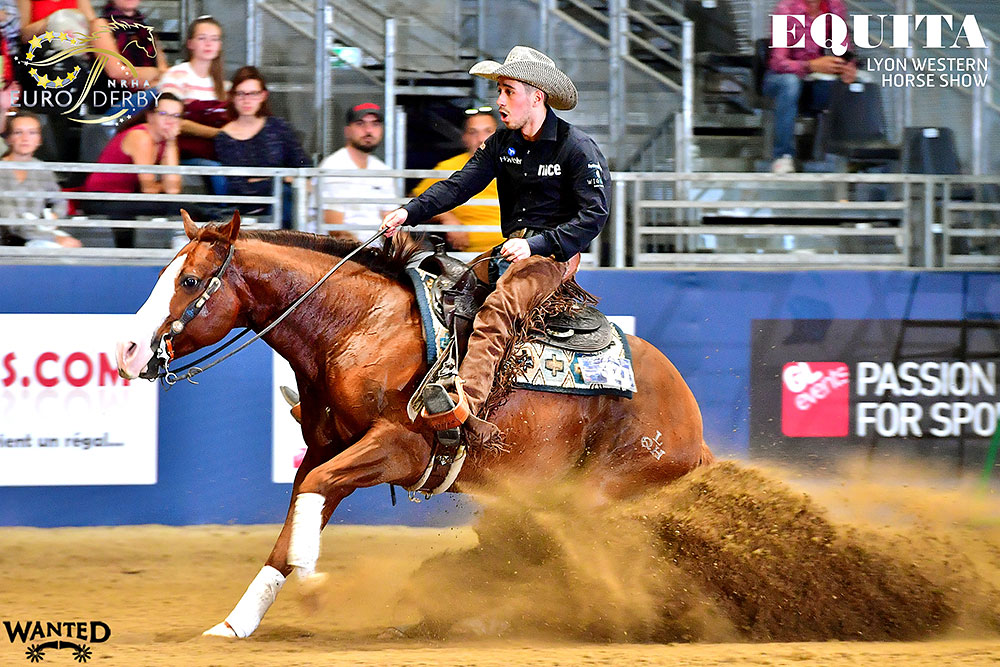 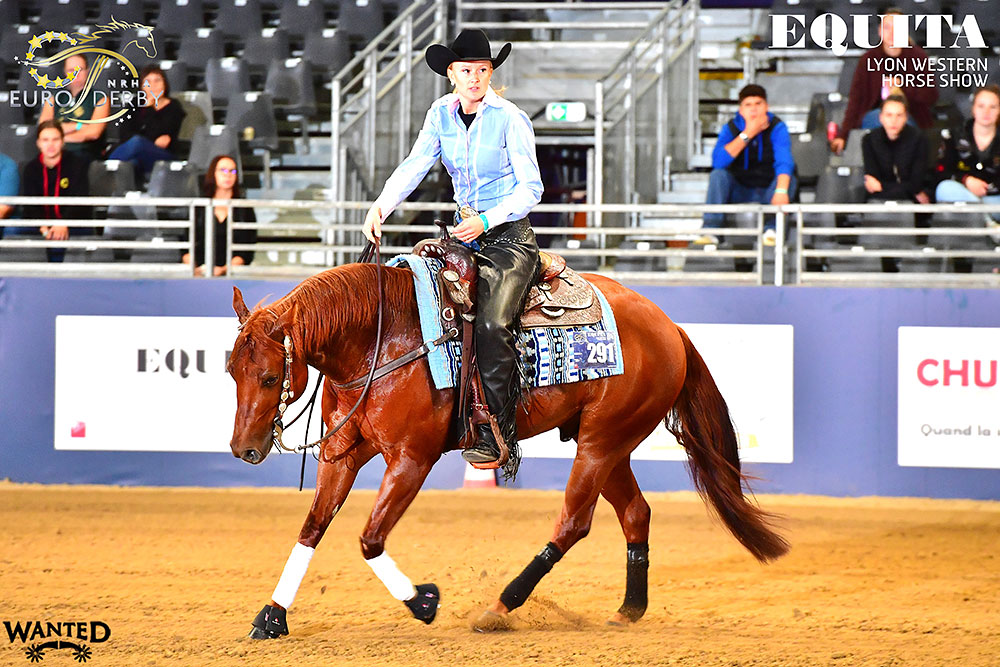 The day closed with the finalist draw party offered by GL Events, where finalists picked up their spot for tomorrow’s Non Pro Finals as well as Saturday’s Open Finals.

Special thanks to the 2022 NRHA European Derby Sponsors:

A full-slate of NRHA approved ancillary classes will be offered during the show starting tomorrow morning. Highlighting ancillary action will be the $7,958.37-Added ELEMENTA Non Pro Grand Prix, held on Saturday, 29 October, and the $11,369-Added ELEMENTA Open Grand Prix which will close this year’s edition on Sunday, 30 October.