The 2022 NRHA (National Reining Horse Association) European Derby Non Pro qualifier filled the day at Equita Lyon today with 93 horse-rider combinations (49 entries in Level L(1); 75 in L2; 60 in L3; 50 in L4) riding for a spot in the Finals which will be held on Friday, October 28. 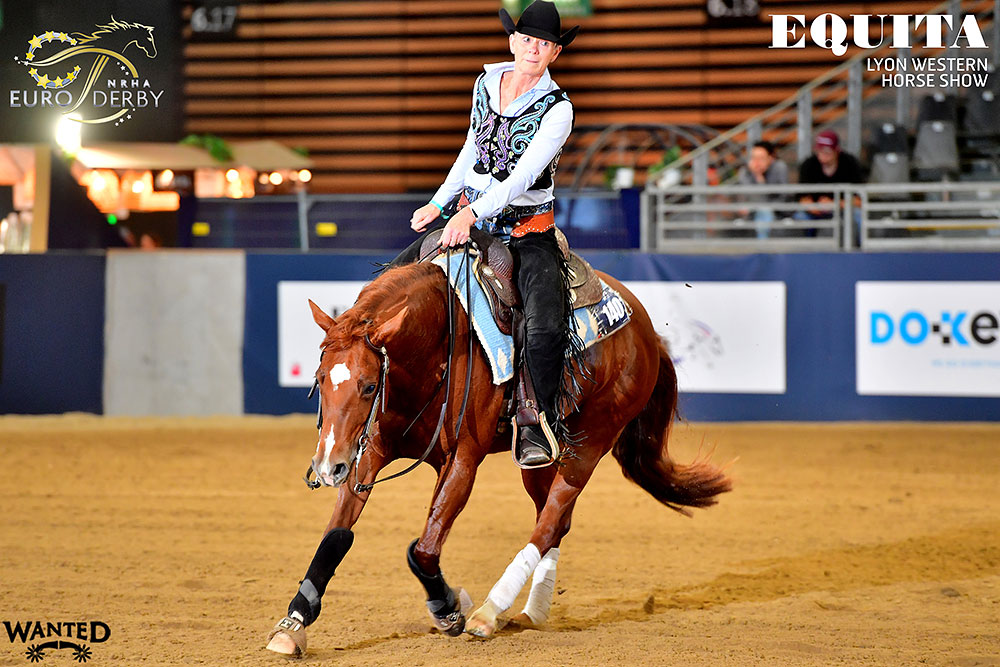 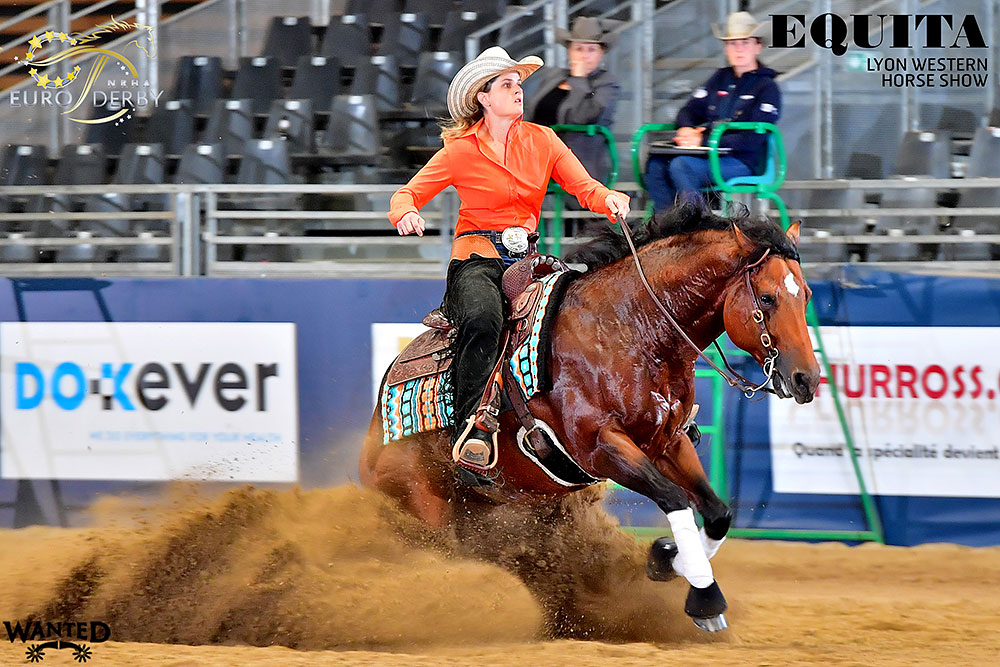 Vermeiren and her mount also topped the L2 as well as the inaugural Gunna Sparkle European Derby Novice Horse L4.

Rebecca Folcia of Italy and LS Dun Blue Berry (Spat A Blue x Hollywood Greatberry) scored a 217 for the lead in the L1. 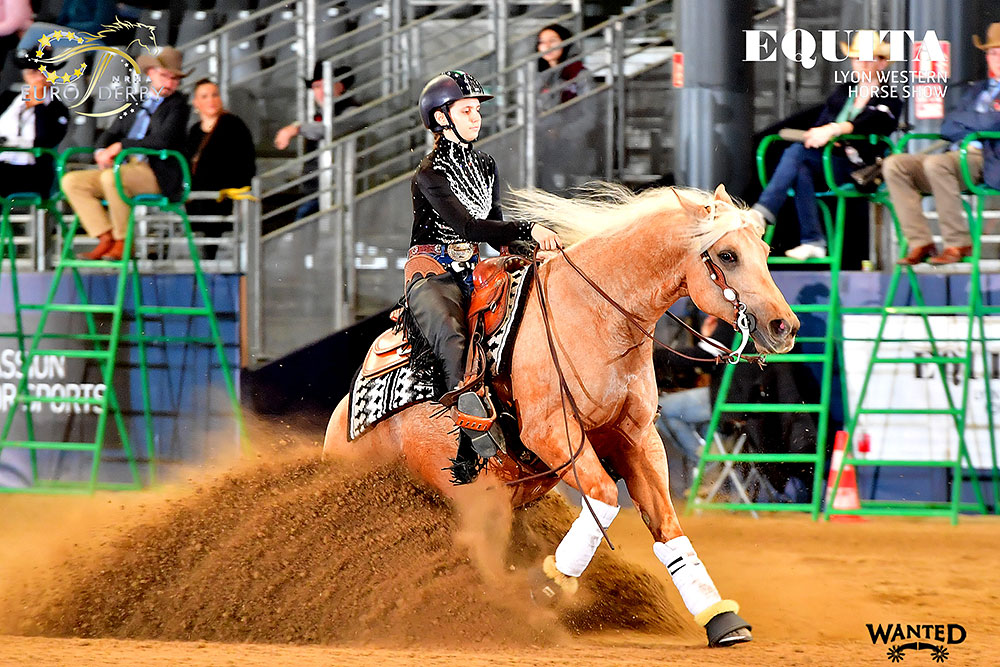 Sophia Staub of Switzerland closed her run with a 216.5 to tie for the highest score in the Churros European Derby Youth qualifier aboard her mother’s [Sabine Schmid] Sailorsarcofpride BB (Whizasunnysailor BB x Donna Arc Escapes BB). The young Swiss rider was happy with her run. “My horse was with me 100% today, so I had fun in the show pen. I ride with [Italian Professional] Andrea Costa, and we are all very thankful for his help with our horses.” 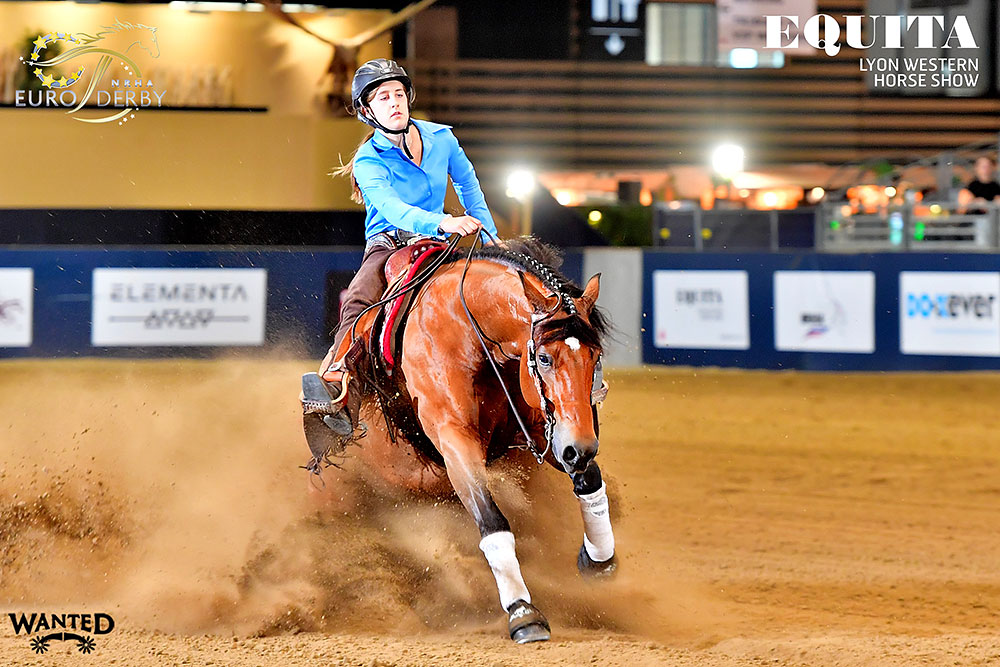 It’s a family affair to show reining horses in the Staub family. Sabine said she is thrilled that all four of her daughters are into horses and they go to horse shows together. “I am extremely proud of them and especially how they did today.” Sophia’s sister, Nanina, also chimed in: “Reining is something that keeps our family together really close and thanks to that we all have a very good relationship.” Nanina will be joining her sister and her mother in the Non Pro Finals.

Tying Staub was Sára Karasová of the Czech Republic with her KH Yankee Step (NRHA Million Dollar Sire Rowdy Yankee x Step A Little Closer) between the reins. “I was a little stressed today, probably like most people at such a big show, but my horse felt good. I enjoyed going right after the drag because I didn’t feel confident in all the maneuvers, but the last stop was just awesome, so now I am excited about the finals,” she shared. “This is my second time at this show and it is great. The weather this year is perfect, and even though it’s a little too hot for the horses, we tried not to override them and so far, it has worked out. We also like to watch other disciplines while we are here, in fact we just got back from the show jumping. I don’t understand it much and have never really tried it, except for only a few little jumps that I was very scared of. I think I will definitely stick to reining, but it’s fun to watch other disciplines too.” 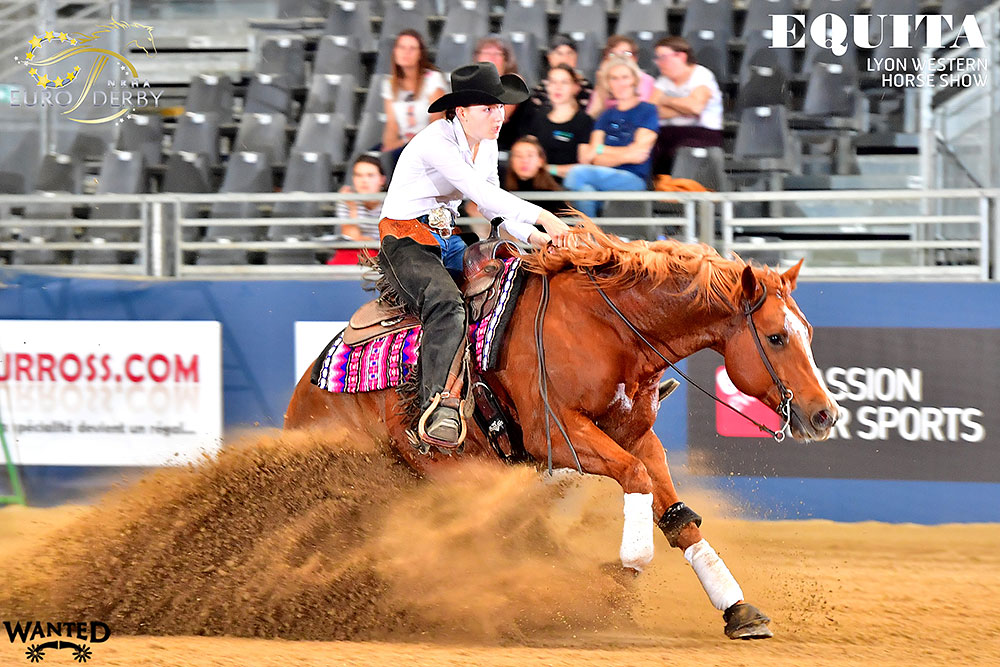 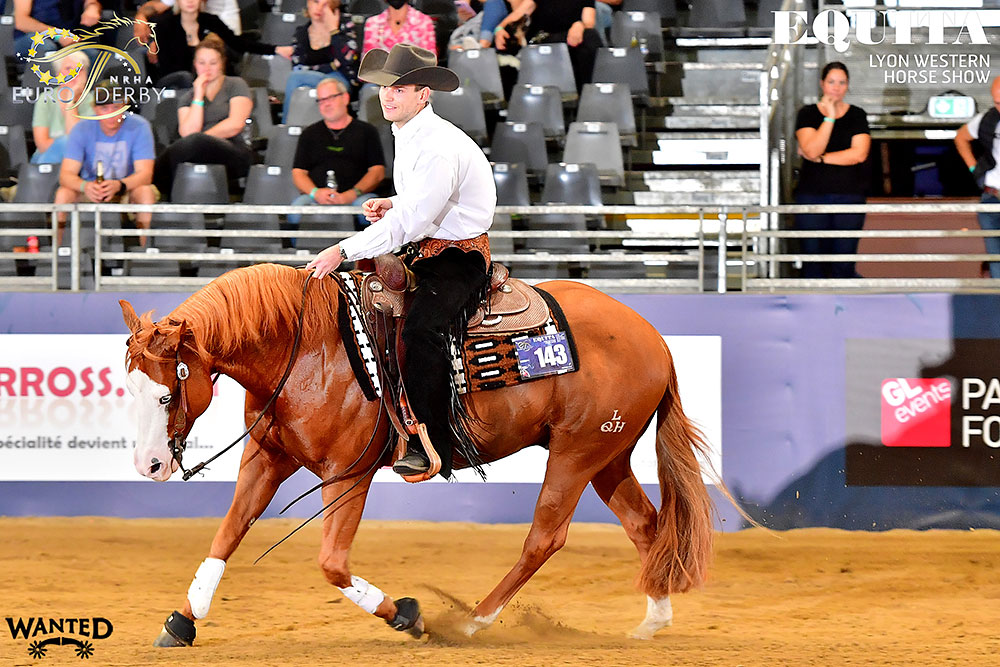 Thursday in Lyon will see the NRHA European Derby Open qualifier starting at 6:30 a.m. with Section 1. Section 2 will follow at 3:00 p.m.

A full-slate of NRHA approved ancillary classes will be offered during the show. Highlighting ancillary action will be the $7,958.37-Added ELEMENTA Non Pro Grand Prix, held on Saturday, 29 October, and the $11,369-Added ELEMENTA Open Grand Prix which will close this year’s edition on Sunday, 30 October.